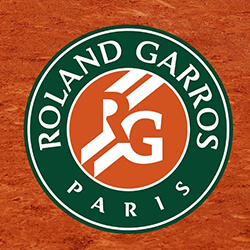 Former champion Roger Federer, along with 11 time victor Rafael Nadal have both advanced to the third round of the French Open at Roland Garros, with both doing so without dropping a set. Federer, who won the event in 2009, only required one hour and 36 minutes to best Germany’s Oscar Otte. Otte held on to his serve for the opening four service games, but was ultimately fifth as Federer claimed the opening set. The 37 year old then took control, moving two sets ahead along with a break in the ninth of the third set, which gave him the chance to claim victory on his serve.

Otte had technically lost for the third qualifying round, but was still present in the main draw as a “lucky loser” due to withdrawals. Talking about the game, Federer told reporters that the Grand Slams are incredible because it’s possible to meet players that are not that well known, adding that his opponent played a great match, and that he had helped Federer with some mistakes toward the end of the game.

The Swiss, who is third seeded, is taking part in the tournament since 2015, best the world number 144 6-4 6-3 6-4. Spanish defending champion Rafael Nadal claimed his win against German world number 114 Yannick Maden thanks to a 6-1 6-2 6-4 victory. Maden twice broke Nadal’s serve for the third set, but had struggled to hold on to his own as Nadal pushed through.