Roger Federer Upset In Round 16 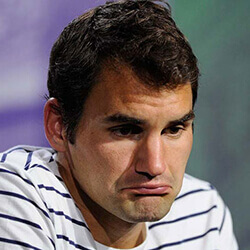 Roger Federer has lost the chance to claim his 20th Grand Slam annual record in this year’s US Open, which has been taking place in Flushing Meadows, New York. Federer, who is the second-seeded for the event, fell apart after winning his first set against John Millman. Millman then went on to make his first career victory over a top 10 player with a 4-6, 7-6, 6-7(7), and 7-6(3) win during the fourth round.

Millman has failed his previous attempts ten attempts when faced with a top-ten contender, but his latest win has changed his position, and marks the first time that the 29-year-old has ever reached a Grand Slam fourth round. The Brisbane native has not as yet won a tour-level title, which makes his victory over Federer that much more impressive, Federer has 98 career titles under his belt.

Federer last won a trophy at the US Open in 2008, after a win streak of five consecutive games. He also won his 20th Grand Slam at the Australian Open. This year’s US Open will be the 28th that Federer has attended, and it marks the first time that he has lost to a player ranked out of the top 50 in the 40 matches that he’s played in Flushing Meadows.

Federer began to suffer from the second set onward, where he seemed confused, slow, and prone to errors. He ended up posting77 unforced errors to Millman’s 28, much to the surprise of the audience.