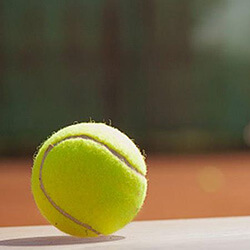 Romania has reached their first Fed Cup World Groups semi final after claiming their latest win of 3-2 over defending champions and hosts the Czech Republic, where they played in Ostrava. Simona Halep fought hard against former world number one Karolina Pliskova, putting Romania 2-1 after both were level at 1-1 after the first day.

Katerina Siniakova then went on to best Mihaela Buzarnescu, setting up a decider in the process. Irina-Cemelia Begu and Monica Niculescu best Siniakova and Barbora Krejcikova, sealing the victory for their team. The Romanian pair recovered from their loss at the opening set, and went on to win 6-7 (2-7) 6-4 6-4 in a match that last under three hours.

Halep, champion of the French Open, has vowed to win a first Fed Cup for her country before she declares her retirement, and pushed hard against Pliskova, beating her 6-4 5-7 6-4 before Siniakova finished off her match with a more comfortable 6-4 6-2 over Buzarnescu. Krejcikova and Siniakova, who are both Wimbledon champions, as well as the top tow players in the rankings for doubles, were hoping to take home the Czech Republic’s 12th consecutive home victory in the competition, which they have won a total of six times since 2011.

They seemed on track when they took the opening set, but Niculescu and Begu broke early into the second set before levelling it out later, and another three breaks to the serve in the third set.