Serena Williams will not be playing the Australian Open 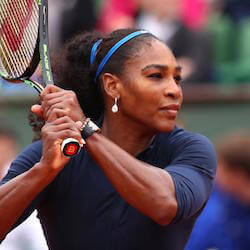 After the withdrawal of Andy Murray due to injury, Serena Williams has now announced that she will not be taking part in the Australian Open in order to defend her title. Serena beat her sister, Venus, in the event which took place last year in Melbourne, just before revealing that she had been competing in the tournament whilst pregnant.

The 36-year old tennis superstar gave birth to her daughter in September, Alexis Olympia, and made a return to the court in an exhibition match in Abu Dhabi against Jelena Ostapenko at the end of last month.

In a statement released on Snapchat, Williams revealed that, when performing in her first match since the birth of her daughter, she realised that although she is very close, she is not actually where she personally wishes to be.

She then added that her coach and team had always advised her to only attend tournaments that she was prepared to see all the way through, and, although she could compete in the Australian Open, she didn’t want to. She felt that she could do better, and would, eventually, but needed more time to get where she needed to be.

Williams is as Disappointed as Her Fans

The statement went on to say that, although she was saddened about the necessity of the decision, she would not be competing in the 2018 Australian Open. She added that the memory of the 2017 Open was one that she would always cherish, and that she was excited about bringing her daughter to one in the future. She ended off by thanking her fans for both their support and their understanding, and doing the same for everyone at the Australian Open.

Craig Tiley, the tournament director for the Australian Open, released a statement praising Serena. It stated that she was a true champion, and that this had been demonstrated by the massive effort Williams had been putting in over the past months in order to ready herself for the tournament.

Tiley’s statement went on to say that Serena Williams transcends the sport thanks to the manner in which she approaches not just tennis but the rest of her life as well, in consistently giving her all in everything she attempted, but bowing out when this was not possible to do. He stated that it was fully understood that her withdrawing at the 11th hour was purely as a result of not being able to get ready in time, and by no means indicated that she had not done her part properly.