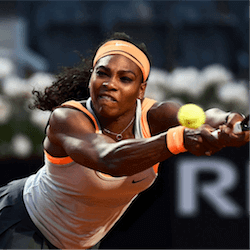 American superstar Serena Williams has withdrawn from next month’s Australian Open. According to the 23-time Grand Slam singles champion, the decision has been taken on advice of her medical team over insufficient fitness levels.

Due to a long recovery period from injuries, Williams has not played since her first-round exit at Wimbledon in June.

Australian Open tournament organiser Craig Tiley announced as recently as only last month that Williams would indeed by competing at Melbourne Park in January. The star is currently seeking a record 24th Grand Slam title and won the most recent of her seven AO titles in 2017.

Williams confirmed her withdrawal on Twitter on Wednesday morning. She said while the decision had not been an easy one to take, the reality she has had to face is one of not being fit enough to compete. She also added that playing in Melbourne was something she looked forward to doing every year and that she would greatly miss seeing her fans.

While men’s world No. 1 Novak Djokovic’s name has been added to the official list of entries for 2022, he continues to refuse answering questions about his vaccination status.

All players, support staff, and officials participating in the tournament will need to provide proof of full vaccination.