Sky Sports In Hot Water for Shots of Players’ Underwear 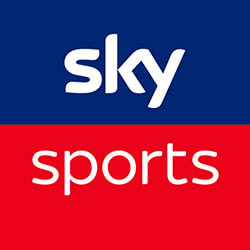 Sky Sports has apologised for offending crowds after Tennis fans started complaining about their decision to repeatedly screen an image showing a female player’s underwear while promoting the ASB Classic. ASB Bank, the sponsor for the tournament, has said it is also disappointed by the network’s choice.

One fan said it was a pity that Sky Sport used this photograph repeatedly to advertise Women’s Tennis, mentioning how it’s been screened hundreds of times. She questioned whether it was the best photo available and wondered why it had been allowed. In her social media post the fan went on to say that, while neither she nor her friends were prudes, they all feel that organisations using women’s crotches to advertise a sporting event have reached a new low.

ASB Bank was quick to reply to the post, saying that they were also disappointed with the image that has been chosen and explaining that they had raised the issue with Sky Sport previously. They recommended that disgruntled spectators contact the network itself as well as the Advertising Standards Authority directly to voice their concerns and pointed out that the image would no longer be used thanks to the Men’s ASB Classic week now beginning.

The women’s event came to an end last Sunday, seeing Serena Williams capturing the first title in Auckland. The men’s section of the ASB Classic will wrap up on Sunday. Sky Sports issued a statement apologising for causing offence and promising that they have taken this feedback on board.