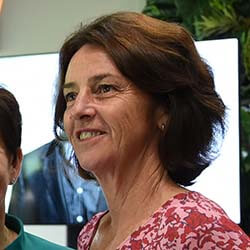 Dame Susan Devoy says she can absolutely relate to Naomi Osaka’s reasons for her controversial decision to no longer address members of the media at tennis press conferences and related events.

Osaka recently stunned Grand slam organisers and fellow-players alike when she announced that she would not only no longer address the media in post-event press gatherings, but also that she’d withdrawn from this year’s French Open at Roland Garros. The current world No. 2 announced her official withdrawal after she was fined $15,000 by the organisers of the Grand Slam event for her refusal to address members of the media.

Grand Slam tournament officials have in the meantime promised to consider the reasons behind Osaka’s controversial decision, with an undertaking to bring about “change”. Osaka cited her mental well-being as the main reason behind her decision.

Former world squash champion Dame Susan Devoy this week told a prominent news broadcaster that she experienced the same negative effects from press conferences – and that the experience remains fresh in her mind even though it’s now been over 40 years since she last played the sport.

Devoy told of how she had absolutely dreaded press conferences, and as such, has immense sympathy with players like Osaka. Devoy said the challenge of competing had always involved 80% mental preparation and tenacity, and only 20% actual physical preparation. She also added that she herself had wagered an ongoing battle with nerves and anxiety for going on 10 years during her professional career as a high-profile squash player.