Tennis and the Coronavirus COVID-19 Pandemic 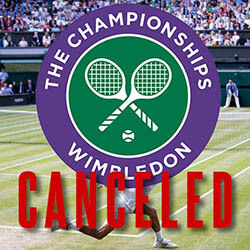 Tennis has become the first elite sport to offer coaching tips from experts during lockdown. The help is available in a new video series being launched by the New Zealand Sport Collective, Sky Sport, and Stuff.

Like nearly all the other sports around the world, Tennis has come to a complete stop as of March 2020, with a long list of postponed and cancelled Major tournaments after an order was issued to stop all professional tour events.

The situation very quickly enveloped the Community Tennis scene in our country when organised sport was paused as part of the national response to the coronavirus COVID-19 pandemic. As we all adjust to a new world, the confirmation that the most prestigious tournament in the world, Wimbledon, has been cancelled in 2020 comes as no real surprise. But it’s a scenario that no one on earth would have thought feasible just a few short weeks ago.

A cessation of Tennis means a stop in income and activity for professional players everywhere, and keeping fit and maintaining skill-levels for the sport’s eventual return has become a real priority. Many players are facing the longest period away from the court that they have in their entire careers.

With so much free time on their hands, many players have turned to various social media networks as an outlet. Highlights include videos of Roger Federer hitting trick shots in the snow and Stan Wawrinka’s brilliant Instagram feed featuring clips bearing his #stayfitstan tag.