Tennis Auckland To Dip Into Reserves In 2021 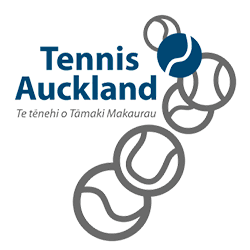 Chairman Simon Vannini has however said that he feels confident in the region’s ability to make it through the year without too much of an upset. Tennis Auckland relies on the annual WTA and ATP tournaments. The January tournaments make of Auckland the most powerful tennis region out of a possible six in New Zealand.

Since the region has sufficient reserves at its disposal, none of the existing programs or activities run by Tennis Auckland will be cancelled in the near future, said Vannini. The plan is to continue with the running of those initiatives focused on the boosting of participation in the sport, he explained. The Love Tennis initiative, which was part-driven by Tennis New Zealand, enjoyed phenomenal levels of success across the region.

The ultimate hope is for a successful 2022 tournament, said the Tennis Auckland chair. The region will in the meantime continue to be prudent about expenses so as to ensure sufficient resources remaining available for the support annually offered to clubs and tennis activities in Auckland.

Even so, running tennis facilities the size of the Tennis Auckland owned Scarbro Tennis Centre, which is one of the largest tennis venues in the country, remains a costly affair. Vannini said the region has for this reason tried to stick to appropriate pricing for the use of its facilities.