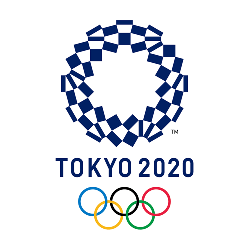 The 2020 Olympic games men’s tennis finals that are set to take place in Tokyo have recently undergone a rule chance that sees the final being played over three sets rather than the previous five. The announcement was made by the International Tennis Federation, which also means an end to the chance of a marathon gold medal shootout.

Three years ago in the Rio games, Any Murray required four hours and dour extremely difficult sets in order to beat Juan Marin del Petro in defending his Olympic title. There were a total of 14 breaks of serve while Murray ended the game in tears. Since 1996, the format for the men’s singles has always been the best of three in all rounds except for the final, but all the matches in the upcoming 2020 Games in Tokyo will now be taking on the shorter format.

In their recent announcement, the ITF stated that these new amendments will be reducing the concerns of overplaying for players that have reached the later stages of all three events, which includes singles, doubles, and mixed doubles. The men’s and women’s doubles have also seen some changes, and will feature a first to 10 points tie break system rather than the deciding third set, which is the format that has been used for mixed doubles over the previous games. The changes have not been welcome by some players, although it remains to be seen whether the changes are positive.