US women struggle at the Australian Open 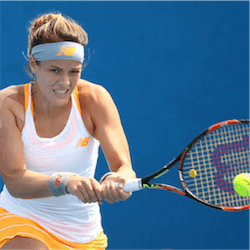 US Players Topple at the Australia Open

Day one at the 2018 Australia Open had many shocking moments, but most the most striking was the near annihilation of the American contingent in the women’s competition. Of the ten US woman who stepped onto court, only Nicole Gibbs progressed to round two while the others fell by the wayside. These included big names like 5th seed Venus Williams, US Open champ, Sloan Stephens and Coco Vandeweghe.

It was just a few months ago that Americans topped all four positions in the US Open semi-finals, so it was a strange occurrence to see the US stars tumble. Venus Williams was last year’s runner up, only losing to her sister Serina in the finals. This time, she went up against an unseeded Belinda Bencic. Speaking to the press, Williams said she didn’t play a bad match, it was just that Bencic played above and beyond.

Bencic looked in great shape after recovering from a wrist injury. Her time away from court resulted in her ranking drop down to No78. Bencic seemed in control for most of the match. Even when rain delayed her fight back after saving five break points, she was able to find her rhythm again under the roof of Rod Laver Arena and take the next six straight points.

Bencic Too Good for Venus

Both players traded breaks in the second set before Bencic stepped up the pace. Bencic was able to take chances and open up her free hitting while Williams was closed down at every turn. While Bencic has never seemed to trouble Williams before, she managed to convert 5 of her 12 chances into a dominating performance.

Sofie Kenin was another US casualty. The Russian-born teenager, who now plays in Florida, went up against 12th seed Julia Görges. Kenin was simply no match for the German who powered past her in straight sets. Jenifer Brady, who is currently No65 in the world looked to be on track when she won her first set against Pole Magda Linette. However, Linette fought back and took the game 2-6, 6-4,6-3.

Taylor Townsend went up against Slovakia’s Magdalena Rybarikova. After a disastrous first set, Townsend put up a bit of a fight in the second, but was unable to stop Rybarikova who took the game 6-0,7-5. Meanwhile Cici Bellis put up a brave fight against Dutch player Kiki Bertens but ultimately fell in the third. The final match of the day, Irena Falconi manged to win just two games against Australia’s Daria Gavrilova who took the match 6-1, 6-1.