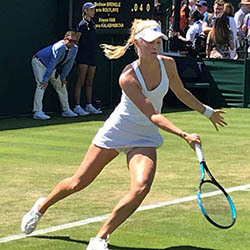 Wellington has been chosen as the host for six days of international tennis in February of next year as announced by Tennis New Zealand, who confirmed that the city would be hosting the Fed Cup. Ten nations from the Asia-Oceanic region, which includes New Zealand, will be taking part in the Group II event that will start at the beginning of February and will be held at the Renouf Tennis Centre.

New Zealand last hosted a Fed Cup event in 2007, and the re-introduction of international women’s teams’ tennis is a big part of the drive from Tennis New Zealand to try and promote women’s involvement in tennis at all levels, from amateur to professional. Tennis NZ CEO Julie Paterson stated that they are excited to be hosting the Fed Cup in New Zealand once again. She continued, saying that having their best female players in action at home and competing under the silver fern is important to the development and growth of the sport.

Along with hosting the Fed Cup, Tennis NZ has several initiates in play aimed at increasing the number of female players, coaches, and leaders in the sport. The Fed Cup features national women’s teams of four players, who will be playing ties of two singles and one doubles match for each day. The event will see a number of zone-based qualification groups taking place around the globe, and will culminate in a finals week to take place in Budapest.