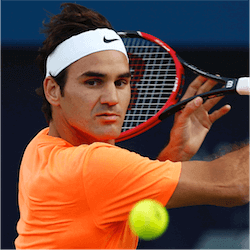 It looks like the favourites for bettors at this year’s Wimbledon tournament are Roger Federer and his female counterpart Karolina Pliskova. Both players have had an excellent 2017 so far. Federer may be one of the older competitors but he is still at the top of the rankings and many think that he can win his 8th Wimbledon title. Federer opened 2017 with a great performance at the Australian Open where he took his 18th Grand Slam win.

Federer then avoided clay court events which meant he could take 10 weeks off, putting him in the perfect position to enter Wimbledon refreshed and hungry. This was part of Federer’s strategy to remain grass court focussed so that he will be able to dominate at Wimbledon and beat the record set by Pete Sampras with an unprecedented 8th Wimbledon title.

The Poor Form Of Murray

Looking less and less ready for Wimbledon is troubled British player Andy Murray. After a string of great games in 2016 that culminated in an amazing match where he defeated Novak Djokovic at the O2 Arena in London, Murray seems to be burned out. He has already lost 9 matches of the 30 he has played in 2017, bringing his season match total to 87.

Murray showed fatigue in his recent upset loss to world no 90, Jordan Thompson at the Queen’s Club tournament. Murray has already fought an elbow injury and the shingles, but in recent days a much more serious hip injury has come to light. Murray has declined two exhibition matches but he did return to the practice courts this Friday past but it has been reported that he is walking with a visible limp and his backhand shots are nowhere near as powerful as they need to be.

The Return Of A Fan Favourite

On the Women’s side, Karolina Pliskova runs the risk of being overshadowed by the return of fan favourite Petra Kvitova. The Czech tennis star makes her return at Wimbledon after she survived a home invasion in December 2016 with serious stab wounds to her body and hand that could have spelled the end of her career.

Instead she will be returning to the courts after already playing in 2 previous tournaments. She will be facing Johanna Larsson of Sweden as her first opponent. She will challenge Pliskova along with Johanna Konta who is currently on her highest ever seed but she will still be nursing a spinal injury she received after she had a terrific spill on the court.

For punters wanting to back a winner, look no further than Sportsbet, this elite online sportsbook is offering great odds on this grand slam tournament.