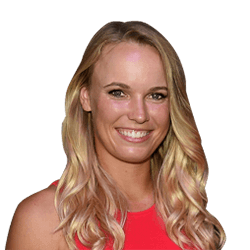 Just three days after No 1 seed Simona Halep shocked everyone by losing her first round, the No 2 seed followed suit in her second round. Caroline Wozniacki lost the second round to Lesia Tsuranki 6-4, 6-3.

Wozniacki, who won her first Grand Slam title in Melbourne earlier in the year, battled to gain any real momentum this season. She didn’t make it past the second round at Wimbledon, was forced to withdraw from the hard courts tournament that took place in Wimbledon, and lost her first round in Montreal. A knee injury saw the player having to retire during her first match in Cincinnati, followed by a short leave of absence.

Despite her difficult season, Wozniacki was still given a guaranteed seed for this year’s US Open thanks to her rank, and losing to Tsuranki in the second round may just be her toughest loss yet. This is especially true considering she happened to lose on the same court as Halep did – the Louis Armstrong Stadium.

She told reporters afterwards that she believes that Wimbledon used to have a graveyard court, but added that now the Louis Armstrong Stadium is going to be the new graveyard court.

The new top seed in the US Open’s women’s draw has now moved to No 3 Sloane Stephens, who is also the defending champion from last year’s tournament. She is set to face Victoria Azarenka during the third round and many hope she will break the current loss cycle as the