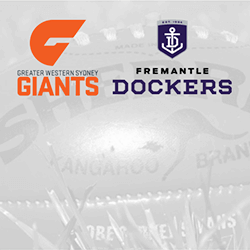 Celebration for the Greater Western Sydney Giants as they fought for the top four spot against long-time opponents, Fremantle. Despite playing an unattractive game to start with, the Giants were able to pull ahead with 12 points toward the end of the game, held at Spotless Stadium.

For the first three quarters of the match, most believed that the win belonged to Fremantle. The Giants were not performing well, and made error after error. It wouldn’t be until the last quarter of the game that an overall improvement of teamwork allowed them to push forward and earn the winning 12 points they needed.

Head coach of GWT, Leon Cameron, stated after the match that he believed his team’s victory was, “ugly at times” but also stated that despite his confidence in the team, he wasn’t sure if there was room for improvement in the upcoming year.

He elaborated further by saying, “It’s the million dollar question. There’s no doubt that to compete with Adelaide, Geelong, Port, Richmond, Melbourne, and so on, and I’ve probably missed a couple, we need to improve. If we don’t we’ll lose by the three or four-goal margin like we’ve been doing the last few weeks.”

Lastly, he remarked, “I thought at the three-quarter time we ticked all those boxes and in the last quarter we couldn’t get it done around the ball, in particular the centre square bounces.”