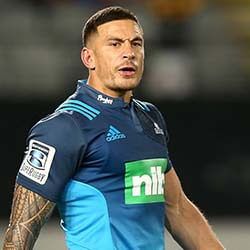 Dual-code sporting strongman Sonny Bill Williams is set to return to the ring for his first meaningful fight since 2015, when he defeated Chauncy Welliver in Sydney.

Williams will finally get into the same ring as former AFL star Barry Hall, but before the two meet, they’ll first be entered into a “double-header” warm-up event against other opponents. Williams’ return to the ring will most likely take place sometime in April.

Plans for the staging of the big fight between Williams and Hall were earlier this year pushed back in order to give Williams ample time to recover from neck surgery. The pair’s promoters, Khoder Hasser and Danny Green, have however reiterated once again their determination to making the fight happen.

The warm-up fight will help the fighters get back into the swing of the ring and is obviously also a fantastic treat from a viewership perspective. That Williams is yet again entering another code is bound to create a great deal of hype and noise because he’s such a steamroller, said Green about the upcoming stand-off.

Hall has only ever been involved in a single professional fight – which ended in a controversial draw with Paul Gallen. Hall has however now proved himself in a professional fight setup, which is bound to make the dance in the same ring as Williams all the more exciting. He’s shown himself to have the “stuff”, explained Green.