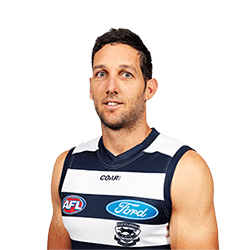 Wingman Harry Taylor has confirmed to reporters that he will be playing his sixth game this season, having missed the majority of the other matches this year due to an on going problem with an injury that has seen him sidelined. The match will be taking place on home ground, and will see him facing the Dockers in a game that is now well outside the race for the finals.

Taylor, who has won the All Australian title twice in his career, claimed success in his VFL game that took place recently, and explained that the foot injury he’s been suffering with is finally on the mend, and that he’s been feeling better than ever.

Coach Christ Scott explained to reporters that Taylor’s return to the field was done in caution, but that the player managed to pull through and do what he needed to do. Scott added that the game was more of a match practice rather than a “performance-based process.”

Rhys Stanley, who was choice number 1, will be missing the rest of both the home and away season after injuring his calf during his game against the Hawks, and it is uncertain whether the player will be back and ready if the Cats manage to make it all the way to the finals. Coach Scott has reported that the injury is serious enough to warrant the player’s absence, and that for the time being, there are no plans for a return to the field.