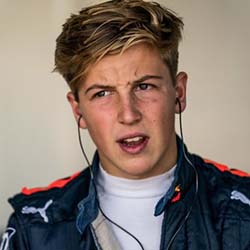 After winning the opening sprint, Lawson spun off in the second before finishing third in Sunday’s feature race, tailing only Guanyu Zhou (China) and Dan Ticktum (Britain). The 19-year-old New Zealander is now 11 points behind Zhou as the competition heads into the next round in Monte Carlo come May 20.

Lawson said at the close of the weekend’s proceedings that the entire experience has been incredible, and even more so since one of the most exciting parts of his weekend while driving Formula 3 last year had been to watch the F2 race. He said he had learnt a lot and that he would continue to learn a lot more in future.

Performing well on the weekend also had been fellow-Kiwi Marcus Armstrong, who currently ranks 10th in the standings. Armstrong put up quite the performance by progressing from a starting position of 14th before making his way to a fifth-place finish in the weekend’s feature race.

Formula Two is a crucial stepping stone to progressing to single-seater racing, Formula One. Last year’s F2 championship was won by none other than Mick Schumacher, who this year races for Haas in F1.

The young New Zealander won his first FIA Formula 3 title in Austria mid-last year. He was at the time driving for team Red Bull Junior and famously dedicated his first victory to one of his key supporters, late Christchurch businessman John Fairhall.