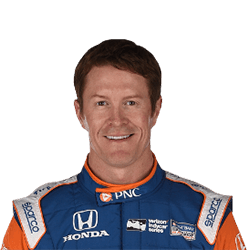 Kiwi Scott Dixon has claimed second place at the Indycar Championship season finale that was held at Sonoma Raceway. The win is the fifth for the Kiwi racer so far in his career.

Dixon, having started second on the grid, drove a sound and smart race and held on to his place throughout the race. His biggest rival, champion Alexander Rossi, made a mistake during the opening lap after he made contact with teammate Marco Andretti and saw some damage to his nose cone with lead to a puncture. He was forced to go into a pit stop and ultimately fell to the back of the race.

Rossi made use of a perfectly-timed caution period, and was able to gain some ground but wasn’t able to reach Dixon, and failed to become a threat to Dixon who was still holding on to his second-place lead. Ryan Hunter-Reay started first on the grid, and managed to claim victory ahead of the Kiwi racer, while Will Power came in at third place.

Talking to reporters after the race, Dixon explained that he was happy with his position, and that his win comes with a lot of hard work. He went on further to add that despite all the things that could have gone wrong, he was still among the lucky ones to cross the line in a good place. He also stated that Rossi did a good job, and that he pushed hard over the last year and has a solid future ahead of him.