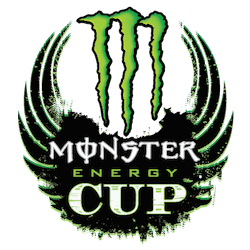 After an action-packed race at Charlotte last Sunday, all the teams are jumbled up and raring to go as NASCAR’s Monster Energy Cup Series heads to its most unpredictable speedway yet. From the somewhat civil asphalt of the Charlotte Motor Speedway, the 10-race championship playoff series heads to the infamous Talladega Superspeedway in Alabama for another thrilling 500-mile race.

If ever there is a place where we can expect the unexpected, it’s at the “Dega”. As it stands, eleven drivers achieved their very first NASCAR victory at Talladega. For five of these drivers, it remains their only victory so far. Most recently we saw Playoff driver, Ricky Stenhouse take the honours in April. He joins the illustrious group of drivers to conquer the Dega including the likes of Ron Bouchard, Richard Brickhouse, Ken Schrader, Brad Keselowski, Dick Brooks and Phil Parsons.

At Talladega, six-time 2017 winner, Martin Truex Jr will take a handy 34-point lead over his closest rival Kyle Larson as he lines up for the 188-lap race. A win in Charlotte guaranteed Truex Jr a spot in the third round. Round three sees the 16 original drivers whittled down to just eight. Sitting in third place is Kevin Harvick, just ahead of Chase Elliot in fourth and Denny Hamlin in fifth. Truex Jr will head to Talladega with zero pressure and no real worries about where he finishes. Havin already qualified for round 3, he will be equally free to play it safe in Kansas City the following weekend.

Talladega Will Shuffle the Top 12

For the remaining 12 drivers, the bottom half for now include the likes of Johnson in 7th, McMurry in 8th, Matt Kenseth in 9th, Keselowski in 10th, Ryan Blaney in 11th and Rickey Stenhouse Jr in 12th. In all likelihood, Talladega will do what it usually does and shuffle the top 12 drivers completely. Even so, Truex doesn’t seem fazed.

Speaking to the press, he said that no one has any idea how good it feels to have won in Charlotte. He went onto that he has never gone to Talladega without being nervous about crashing or something bad happening. To him, it always seems like things go wrong at the Dega. Now things are different, Truex said that he plans to have fun next week and not worry too much about where he ends up.