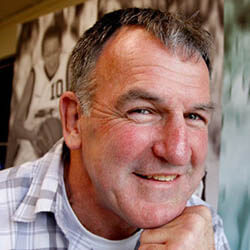 Chief Executive Officer of Basketball New Zealand is very upset about not being included in the COVID-19 Financial Relief Package. He says the organisation is guilty of historical and institutional bias and that this decision is an insult to everyone involved in this code.

Potter, who is also a Chairman of the National Basketball League Board, said that he’s struggling to sleep because he’s so angry. He simply can’t believe that the League is being overlooked so utterly regarding the assistance that almost NZ$5 million would be able to render.

This funding round is the first release of capital from the Sports Recovery Package that got announced in May. It’s part of Budget 2020 and has been created to assist desperate Kiwi professional sports bodies.

Three professional or semi-professional domestic sports leagues are restarting this month in the wake of the lockdown necessitated by the novel coronavirus COVID-19 pandemic and subsequent lockdown. They are Basketball’s Sal’s NBL, Netball’s ANZ Premiership, and Super Rugby Aotearoa. Netball got just over NZ$2 million and Rugby just over NZ$1 million. But Basketball, the fastest-growing and second-most popular sport amongst high school students in this country, got nothing at all. Potter is astonished that his sport has been left out in the cold after a valid case for support had been made.

Potter said that this sends out a very dangerous message as to the sports overall value and says that Basketball obviously doesn’t feature in the space where decisions are made.