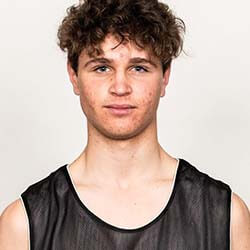 18-year-old Zach Riley has been making headlines after proving himself a force to be reckoned with. More recently, his talent has helped to push the Auckland Huskies to the final four of the NBL finals. He currently has an average of 10.6 points, 2.2 assists, 1.3 steals and 4.5 rebounds all while shooting 50% from the floor and 39% from the arc.

While he is a force worth having on the team, he cannot do everything which has led to him turning down the callup to try out for the Tall Blacks. This decision was not taken lightly, especially since it has made his dream of following in dad Brad Riley’s footsteps and playing for the team.

He has had to take time to focus on his schoolwork as making the team would mean he would have to miss six weeks of school. He is disappointed and hopes to get another opportunity to join the team.

He’s already juggling so much. As it is, he will be ending the school holidays playing for the Huskies in the NBL semi-finals against Wellington Saints in Porirua. The team are the underdogs and have even lost their secret weapon – ex-NBA centre Chris Johnson. But the team is hopeful that they’ll win, and even if they don’t, it’s a great experience for the team to get out there, work hard and perform.

Another young player has also helped drive the team’s success. 16-year-old Dontae Russo-Nance joins Riley in the backcourt with an average of 11.6 points, 2.9 assists, 1.5 steals and 3.3 boards.