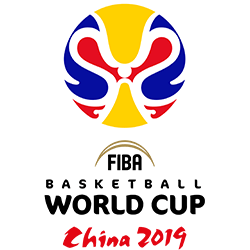 NBA players sent from the US went home without gold for the first time since 2006 after losing at a major international tournament.  Evan Fournier scored 22 points, Rudy Gobert had 21 points and 16 rebounds, and France beat the USA 89-79 in the quarterfinals of the World Cup, rallying from a fourth-quarter seven-point deficit to pull off the upset.

The US won 58 successive FIBA and Olympic tournament matches, beginning with the bronze medal match at the 2006 World Championships and winning every FIBA Americas, World Cup and Olympic event since then. After winning three straight Olympic golds in that period, they hoped to become the first nation to win three successive World Cups. The best the Americans can do now in China is finish fifth, and since putting sixth at the 2002 world championships they will be assured of their worst performance in a large competition with NBA players. For the 2020 Olympics, they’re heading back with a place guaranteed but no medal.

For the United States, Donovan Mitchell scored 29 points, all coming in the first three quarters. The Americans came up with no score down the stretch on six consecutive possessions, which allowed the French to take control of a back-and-forth game for the final stretch. French Nicolas Batum told reporters that they were able to beat the United States, which was a huge achievement, but as of yet the team has not won anything in the tournament.