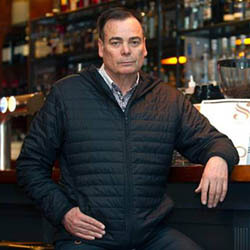 Nick Mills, the retailer who owns the Wellington Saints Basketball team, among other things, is anxious that he may lose his home due to the coronavirus pandemic.

His other businesses, which include the Spruce Goose Café in Port Townsend, are being hit as hard by COVID-19, and he’s said that without significant help from the New Zealand Government he stands to lose all of it.

He has stated that he’s simply going to have to lay certain staff members off, something he’s absolutely dreading. He’s said that his employees are as stressed out as he is, with bills to pay, university fees to settle up, mortgages to see to, and children to feed.

And while Mills stands to see a massive drop in income, he agrees with the Government’s raised COVID-19 status. This will see schools and other non-essential services across the country shutting down for at least the next four weeks, with the country being put into a nationwide shutdown to try and contain the coronavirus.

Leaving your home over the next month is discouraged, but not forbidden, so you’ll be allowed to take a walk to get some fresh air and exercise, but people are being cautioned to do this alone.

The most recent announcement saw the powers that be revealing that they are almost doubling expenditure on the wage subsidy scheme that’s been put in place and frozen rent increases. Finance Minister Grant Robertson has explained that most New Zealanders will not be able to work during this lockdown period and providing some kind of income for those affected like this has been prioritised.