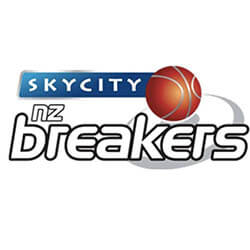 The New Zealand Breakers have been eliminated from the Australian National Basketball League playoff race and owner Matt Walsh intends to talk to league organisers about how this happened. They were expected to last a lot longer, or at least until the South East Melbourne Phoenix beat Melbourne United to qualify for the playoffs.

But the Brisbane Bullets, who needed a win by at least 33 points over the Cairns Taipans, ended their season. They claimed an extraordinary triumph with a score of 128 – 88 that gave them a better points percentage than the Breakers and it’s this fact that has Walsh seeing red.

Walsh fumed that there’s nowhere else in the world that this kind of points system is used. He said that it’s ridiculous that a game featuring Brisbane starters playing Cairns development players determined the Breakers’ fate in the playoffs. He insisted that, far from being a case of sour grapes, this kind of ruling is something that detracts from the league itself. He called it a black eye on the association as a whole.

Regardless of whether or not this process is a good idea, the Breakers will not be featuring in the 2020 playoffs, thanks in part to a poor start to the season which, at one point, left them with a record of 2 – 8. They brought this up, however, to 15 – 13 after a number of key players returned from injury, including Finn Delaney and Robert Loe.