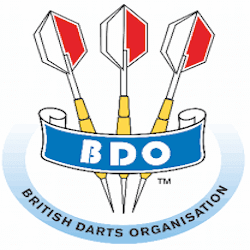 The BDO Needs to Catch Up with the Times

When the British Darts Organisation, the BDO, circus hits Frimley Green for its yearly jamboree at the Lakeside Country Club, it will mark a quarter of a century since the Surrey venue hosted the sport’s previous unified World Championship.

Back in 1993 the first 16 players, which included all of the active previous world champions, showed their intention to secede from the game’s governing body and start organising their own tournaments under mantle of the World Darts Council, which has since become the Professional Darts Corporation.

The battle lines had already been drawn in 1992, when the WDC players hosted their initial televised tournament, the Laka UK Masters, and the altercation continued to worsen as the best players became more and more unhappy with the BDO’s apparent indifference toward the decline the game was undergoing.

This was highlighted when Buddy George put on a BDO tie and Eric Bristow donned a suit with a badge of the WDC emblazoned upon it when the old opponents took a seat alongside one another as experts for the coverage of the final delivered by the BBC.

Despite Players’ Vacillating, the PDC has Ascended to New Heights

In spite of the fact that Chris Johns and Mike Gregory had a change of heart and decided not to defect, the 14 players remaining decided to go it alone, and the last 25 years has seen the PDC reach new heights. Heights which even its founders would no doubt have considered unimaginable initially.

It was perhaps appropriate then that the New Year’s Day final of the World Championship saw the baton being passed from Phil Taylor, the last individual to defect from the original group, over to Rob Cross, who capped his quick rise from obscurity with a pitiless triumph of 7 – 2 against the retiring 16-time champ.

By contrast, the British Darts Organisation plods along in its own way, only emerging once yearly into the public’s wider consciousness in January. It then holds its own World Championships before vanishing from view to all but the most dedicated darts followers.

And even then, there is something silly about the proceedings that is obvious to many. In fact, the ridicule of the perceived lower standard of the BDO had started before the last darts were thrown at Alexandra Palace: the video featuring Tony Fleet, tormented with nerves, struggling against Martin Adams back in 2010 has now become a meme highlighting wisecracks.