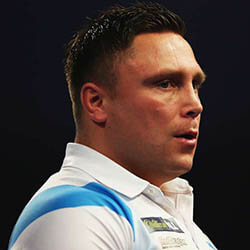 Darts champion Gerwyn Price has had his 20000 Pound fine halved. He was issued the fine due to his behaviour during the Grand Slam of Darts, but his appeal over a disrepute verdict was rejected. An independent panel found the Welshman had resisted to gamesmanship during his final against Scot Gary Anderson last year in November, where Price had become aggressive during the game.

He had won 110,000 Pounds after he fought back to beat the two time world champion 16-13. Price is now set to pay £2325 toward the cost of the appeal, along with a £1500 fine for the social media comments that he made. A statement from the Darts Regulation Authority stated that many of the grounds of his appeal were completely without merit and had contradicted the papers in the case.

Both Anderson and Price had been referred to the DRA after they clashed in the 15th and 28th matches of the final. The DRA had stated that Price’s behaviour during the event had drawn an unprecedented amount of complaints from members of the public. Despite this, the player believes that he should not receive punishment at all for what he did. Talking to reporters, Price said that he did not do anything different to another game since he started, and his game has not changed since the incident. Price had clashed with Anderson over what he believed was slow play along with over-exuberant celebrations from his opponent during the final.