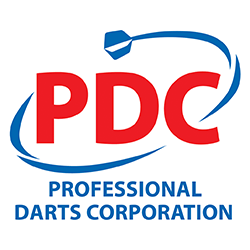 English Ryan Joyce has won his game against Anastasia Dobromyslova in straight sets at the PDC World Darts Championships opening round, while former world champion Raymond van Barneveld also found himself knocked out of the competition.

The three-time world champion battled for find her rhythm as Joyce took the win with a double six. Talking after the event, 23-year-old Russian Dobromyslova said that she still qualified and she did her best, but she overall wasn’t good enough on the day, adding that she had a few loose scores, and Ryan was a better player. She also explained that she needed to practise more, but that if the PDC decided that they would launch an all-ladies tour, she would be the very first to sign up.

Five-time world champion van Barneveld lost his game in the second round ruing the penultimate World Championships, losing to Lithuanian Darius Labanauskas 3-2. The Dutchman managed to recover from a set down twice before Labanauskas completed with a brilliant win on double four, although van Barneveld was visibility frustrated throughout.

South African Devon Peterson missed seven darts before winning against Englishman Wayne Jones 3-2. Jones managed to lose six clear darts himself, but Peterson ended the decisive 27-dart leg with a double two. Elsewhere, Dutch player Vincent van der Voort won his match against Laurence Ilagan of the Philippines 3-1, and managed to take a place in the second round of the evening’s first match.