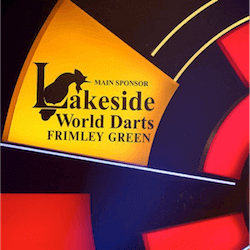 Gwent, in south-east Wales, will have not one but two representatives at this year’s BDO World Darts Championships thanks to Chris Harris joining Nick Kenny in qualifying for the event in Lakeside.

Harris, a 39-year old man from Gilwern, in Monmouthshire, Wales, won a total of six matches in Bridlington in order to reach the tournament for the first time. Ebbw Vale’s Kenny, at only 24-years old, returns after making his debut at the championship in January.

The top 24 players, of which Kenny is one, of the British Darts Organisation, or BDO, are going to be accompanied in the competition’s first round by those that have managed to win a set of eight preliminary round matches. Quiet-spoken Harris, who, like Kenny, hails from Wales, will be contesting one of these eight games on the stage of the famous Lakeside Country Club.

The Duo from Gwent Joined by Fellow Welshmen

The Gwent pair will be joined in the draw by their fellow Welshmen Dean Reynolds, Wayne Warren, Jim Williams, and Martin Phillips, while Rhian Griffiths from Port Talbot will feature in the ladies’ tournament.

Its the First Time Harris will be Participating

Harris stated that he has been playing darts for 22 years, but has only been to the Lakeside previously in order to watch the tournament, never to take part.

He stated that, as a Welsh international, he managed to qualify for the play-offs in Bridlington, and had triumphed in a total of six successive matches in order to make it through to the Lakeside competition. He said that it felt wonderful to have qualified, and that he fully intended on doing his very best once he arrived.

His fiancée, Sian, was quick to add that playing darts on the stage at Lakeside had long been one of Harris’ dreams, and that he had told her, back when they initially got together, that he planned to one day be on the stage as well.

She stated that, as long as she could get someone to take care of the children, she fully intended to head to Lakeside to watch him play. She added that they were no waiting for the draw to be completed, to see whom Harris would be playing his first match against, and that she was very proud. She said that Harris had done excellent work to qualify, and that she was sure the whole experience was going to be a good one.