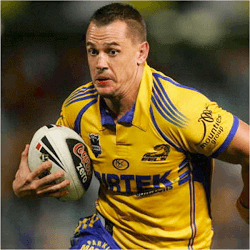 Tim Robinson says that the nights are the worst. They are spent in sleepless agony, and these hours are when his heartache becomes most unbearable. Wondering what Chad Robinson could be doing and where he may be is what is keeping the NRL player’s brother up, and every evening since last Saturday night, when Chad vanished without a trace, has been the same. Tim wishes he could just speak to him, even simply hear his voice, to make sure that he is “still here”.

Chad Robinson’s family has refused to give up on the hope that they will be able to locate the 26-year old former Sydney Roosters and Parramatta forward who went on to play 159 matches for the NRL between the years 2000 and 2008.

Chad was coached by Ricky Stuart; Michael Hagan; Brian Smith; and Jason Taylor, all NRL mentors, and was popularly known as a rugged, no-nonsense rugby player, famously rated by Craig Fitzgibbon, the former Test forward, in 2003 as the best forward the Roosters had ever had.

These days, the devastated family have put all fond reminisces of Chad’s time spent with the NRL aside as they band together with the community in a desperate bid to find the missing man.

Chad is now a father to two teenagers, Cooper and Kiara, and was last seen at 19h30 last Saturday night, leaving his home in Beaumont Hills in his silver-coloured Subaru Outback wearing only a pair of black shorts and a maroon t-shirt. He left without his phone; shoes or wallet and nothing has been heard from his since.

Chad Struggled with the Transition from the Pro League

As is the case with many former professional players, Chad reportedly found the shift from the world of professional league rugby very difficult, and he tried his hand at becoming a labourer before eventually starting work at a car-finance company.

Tim Robinson has stated that he was never worried about any aspect of his brother’s welfare however, and has brushed off rumours that Chad was possibly struggling financially. Tim has stated that Chad was an intelligent man who always managed to make a success of whatever situation he found himself in. The biggest bafflement the family now faces is that no kind of argument or fight with anyone preceded his disappearance, and there is simply no explanation as to where or why he would have left as he did.