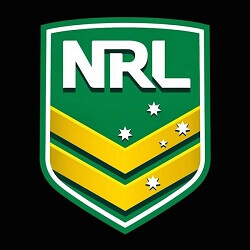 The NRL has come under fire from NRLW player representatives over several New Zealand players currently stuck indefinitely in Australia.

A total of eight players remains stranded in Australia following the sudden closure of borders between the two countries resulting from an outbreak of infections. While the new season was originally scheduled to start in August, it has now been pushed back to be played only at the beginning of next year.

According to a statement made by WPAG, the body is committed to ensuring the NRL acts in the best interests of all players. Those stranded in Australia made a commitment to Women’s Rugby League and to playing in the NRLW, and do not deserve to be stranded without any indication on when they might be able to return home, said WPAG this week.

The NRL is in the meantime working in partnership with the players as well as the relevant government authorities in an attempt to resolve the situation as quickly as possible. Two factors currently however hampering progress are a severe shortage of quarantine locations back home in New Zealand, and the sudden shut-down of the trans-Tasman bubble.

The main issue in contention appears to be that of poor communication on the part of the NRL. A lack of feedback appears to be the biggest problem for the affected players right now, many of whom have taken time of work to compete in the NRLW season.