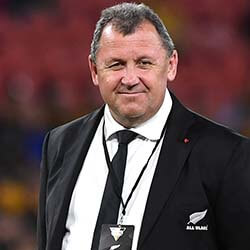 All Blacks coach Ian Foster says he’s open to talks with Roosters star Joseph Manu about a possible switch from the NRL to rugby.

According to reports in Australia, the star centre is keen on playing for the All Blacks once his current NRL contract draws to a close at the end of 2022. However, also eager to sign him are the Broncos, Titans, and Warriors – with the Roosters all the while extremely desperate to hold on to his talents themselves.

The Warriors, for one, are apparently willing to offer a cool $1 million a season for Manu to join their ranks at the end of next year – money the Roosters won’t be able to match by even the longest of shots.

Foster, who commented on a possible switching of codes by Manu on Tuesday, seemed eager for the player to make the change – and apparently not only because both men are from Tokoroa.

Manu has been playing for the Roosters from a very young age. He got selected by the club after he was spotted while playing for the Tokoroa High School League team. It’s however no secret that he’s dreamt of playing for New Zealand’s national rugby side since he was a young boy.

While Foster’s focus is on a code of 15 men to a side, he’s not at all ignorant of Manu’s incredible talents as a sportsman. He on Tuesday made repeated reference to Manu being a high-quality player.