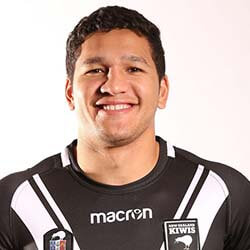 While they may have been unwanted by their previous clubs, the Warriors have snapped up Dallin Watene-Zelezniak and Chad Townsend.

Even though Townend kicked a winning goal for his former team the Sharks, he was discarded but claims to have no hard feelings about it, although he was surprised by the decision. Watene-Zelezniak seems to have the same approach to his recent dismissal from the Bulldogs.

Townsend has previously played for the Warriors during the 2014/15 season. His Warriors jersey hangs proudly in his home, and he believes that his past experience with the club will make the transition a whole lot easier. He also stated that everything thing happened quickly. His manager told him that there was interest from the team and the next day Nathan Brown phoned him. A few days later, it was a done deal.

It was an easy decision for the midfielder, mostly as a result of his previous experience with the club and the emotional connection that exists. He believes that it is an exciting opportunity and if they play their cards right, they could sneak into the eight.

Watene-Zelezniak on the other hand finally has the opportunity to play for a team that represents his birth nation and believes that he will be able to assist the team in winning a premiership during his 3.5-year contract. Townsend shares this sentiment and believes that their experience could see the club competing in the 2021 playoffs.

Watene-Zelezniak is excited to show his family his home, and although the Bulldogs’ rejection stung, playing for the Warriors is a great opportunity that he will be making the most of.