Jared Waerea-Hargreaves Signs On With Roosters 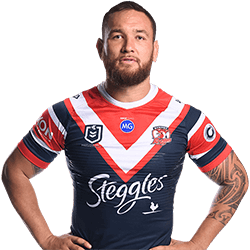 New Zealand prop Jared Waerea-Hargreaves has announced the extension of his contract with the Roosters after he confirmed signing on with the team for another three years. After making his move in 2010 from Manly, the player has been an important part of the club’s successes, where he led the team as they secured consecutive NRL premierships this year along with a 2013 title.

It’s more than likely that the 30 year old will be ending his career with the Roosters, and the latest contract will see him tied to the club to at least the end of 2023. Talking about the new deal, Waerea-Hargreaves said that it was an honour and a privilege to don the Roosters jersey, and that the club is where is heart is. He added that the Roosters is made up of a special group of people and that he considers himself fortunate to know that he will continue to be a part of the team.

Waerea-Hargreaves has completed 219 first grade games, with 213 of those being with the Roosters after he made his debut for the NRL with the Sea Eagles ten years ago. Along with being the current reigning NZRL player of the year, he also has 32 caps for the kiwis, and is coming from a strong test campaign after having been a finalist for the International Rugby League Golden Boot award. The Roosters now turn their attention to singing on fellow prop Slo Siua Taukeiaho.