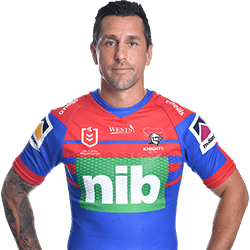 Newcastle Knights star Mitchell Pearce has described the events leading up to his decision to step down as captain as traumatic and regrettable.

Pearce during a press conference earlier this week clearly struggled to control his emotions as he announced his decision to step down. He during an emotional address attempted to provide clarity regarding the text message scandal that has now not only caused his wedding to fiancée Kristin Scott to be called off, but has also cost him his captaincy and reputation. Pearce described the saga to have been the result of his own actions  and decisions – actions he now says have impacted the team as well as the people closest to him, being his fiancée and his family.

Speaking about how much he loved the Knights and all it represented to him as well as to fans, Pearce reiterated once again his commitment to working hard at becoming the best man and player he can possibly be – both on as well as away from the field. He also added that he would greatly appreciate the necessary respect and time and space required for him to get back to training.

The emotional former Knights captain didn’t take any questions from the media following the reading of the prepared statement. Coach Adam O’Brien however explained the decision to step down from captaincy of the club to have been Pearce’s own, adding that the club’s leadership had been declared subject to review already prior to the texting scandal.

Although a new captain has yet to be announced, the expectation at present is that either Blake Green or David Klemmer will be asked to step up to the plate.