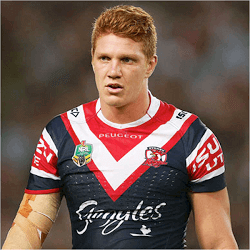 Roosters forward, Dylan Napa has been injured after a charity party held on Sydney’s northern beaches. Napa was attending the annual Palmbu bash held by Theo Chambers at his multi million-dollar Palm Beach home when the incident occurred.

According to onlookers a fight broke out with cleaners who Chambers had hired from online service provider Airtasker. 3 people, including Napa ended up in hospitalised a result of the fight, and police are now investigating assault charges and a stabbing.

Chamber’s son, Steven said that two cleaners had caused the trouble and although they were meant to be working, they ended up partying and enjoying themselves, leading to them being asked to leave. Steven said that it didn’t take a rocket scientist to realise that the man and woman were up to no good, and they were clearly drug addicts who had no intention of working and were simply there for the free ride. When the pair was asked to leave the premises at 10pm they did so willingly but it seems that they had other plans about staying away, and made an unwelcome return a few hours later.

It seems that the duo returned later that night after the party had ended and used a fire poker to smash their way into the property. Napa, a guest at the house was sleeping, but the noise of a woman screaming woke him. He ran to her aid and saw the pair yelling at the woman and destroying property. When he tried to intervene he was knocked unconscious.

When police arrived on the scene at approximately 3am they found that two men aged 33 and 24 had been injured, along with a 26 year old woman. All 3 were taken to Mona Vale hospital for treatment and were released on Sunday.

According to reports one of the attackers was covered in blood when the paramedics had arrived and had slash wounds on his arms and face. The attacker was not forthcoming about who had slashed him, and seemed to be under the influence of drugs, leading to suspicion that the wounds were self-inflicted.

Despite Napa’s injury and the events that transpired after the party the event itself has been heralded as another huge success. Chambers’ said that they had raised approximately $13,000 for the Vasculitis Foundation, a cause that is close to his heart as his mother suffers from the condition.

An estimated 600 guests were in attendance, and along with Napa there were several other sporting greats, and celebrities like Australia’s Next Top Model contestant Vitoria Triboni. Fortunately Nap’s injury does not seem to be serious and the NRL player shouldn’t be affected long term.