Sam Lisone To Stay With Warriors 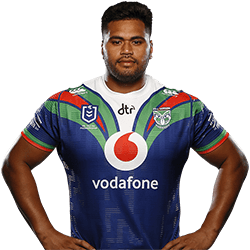 Sam Lisone, who plays as prop for the Warriors, has confirmed that he will remain with the team for the next season despite a number of media reports stating that he would be joining Super League Club Warrington Wolves. The 25 year old had been linked to a move to England for the 2002 season, and many feel that his talents would see him go far in the English side. Despite this, it’s been reported that Lisone will remain with the Warriors, and that while Warrington had shown some interest in adding Lisone to their team, it had never played out any further.

Some years ago, it seemed as though Lisone and Albert Vete would be first choices for props for the Warriors over the next few seasons, but Vete was released by the club halfway through the season, and he went off to join Melbourne Storm instead. He has since only played two games for the team, and has spent most of his time playing for the Eastern Suburbs Tigers for the Queensland Cup.

Lisone had played 21 games for the Warriors for 2016, and then another 23 for the next season, but has only participated in a total of 22 games in the last two years. This comes down to coach Kearney being unhappy with the young player, specifically with his fitness levels when entering the preseason after having been part of Samoa for the Rugby League World Cup previously.