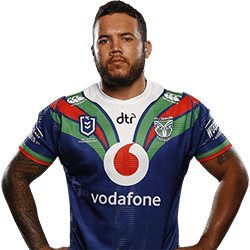 His team deserved a whole lot more from the season that what they ultimately ended up with, says homebound Warriors lock Jazz Tevaga. And certainly, in the very least a finals appearance.

A 22-14 loss against the Sharks on the weekend was made all the more disappointing not only by all hopes of playing finals footy now flushed down the drain, but even more so by their improved performance over the past two months.

Though happy to be preparing to return home, Tevaga’s disappointment over how the season played out for the Warriors is understandable – especially given the amount of time and effort put in by the club in turning a disappointing first half of season around into a comparatively strong finish. After all the team has been through, Tevaga said the hope had been to at least “sneak” into the remaining eight.

But Tevaga says though disappointed, he’s at the same time also proud of how the players have held themselves together through some exceptionally trying circumstances. The current Warriors squad is an altogether different team to that at the beginning of the season, said the lock, and the end-result is that of the Warriors having come out stronger on the other end of what would otherwise have been a season practically wasted.

As for Tevaga on a more personal level, 2020 has been a season that saw him establish himself as a first-choice lock for the Warriors. By now grown into a fearless defender, Tevaga has become the club’s No. 1 enforcer on the field.