Wiki Back for 2017 Auckland Nines 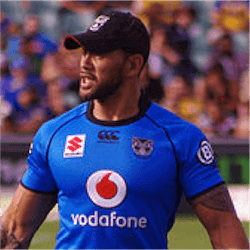 The NRL Auckland Nines from February 4-5 was always going to attract New Zealand betting fans in their droves. As the sole Kiwi team in the NRL, the New Zealand Warriors are assured of home-ground support against the visiting Australian teams at Eden Park. Fans will be even thirstier for a Warriors victory, after last year’s loss in the final to the Parramatta Eels, and the subsequent title-stripping debacle.

The anticipation went up a notch with the news that rugby league legend Ruben Kiwi, at the venerable age of 44, has been coaxed out of retirement to play for the Warriors in the 2017 Auckland Nines. When he ended his career in 2008, Wiki left behind a glittering record of achievements with both the Warriors and the Kiwis. He still holds the record for playing in the most rugby league internationals ever, after 55 appearances with the Kiwis, 18 of them as captain.

The responses to Wiki’s return have not all been positive, however. Apart from one appearance in 2009 in a charity match for Samoan Residents, raising money for the Samoan tsunami relief fund, Wiki has been officially retired for nine years. Some punters feel he may no longer have the goods for the faster format, especially with all the young talent ranged against him.

Former NRL coach and now commentator, Phil Gould, has also criticised Wiki’s return, saying it bears out his opinion that the Nines is a money-spinner that presents an unacceptable danger to players in the pre-season. A number of other coaches agree with him: teams like Manly and the Tigers, and perhaps Canberra as well, will be fielding teams missing some of their most valuable players, following some disastrous pre-season injuries last year.

But lots of betting fans can’t wait to see Wiki back in action, and the Kava King himself has shrugged off any doubts about competing with players half his age. To be fair, as the Warriors’ strength and conditioning coach these past seven years, it’s not like he’s let himself go.