Aaron Smith Most Capped All Black 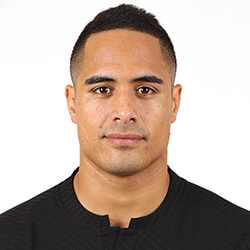 New Zealand’s Aaron Smith is ready to become the most-capped All Blacks scrumhalf after he enters the field in their upcoming game against Ireland in Dublin.

Smith will be playing his 82nd Test, taking him past the previous record held by Justin Marshall, who played 81 Tests between 1995 and 2005. Marshall has sent his praise to smith, telling reporters that with the amount of competition that Smith has had to face, such as Piri Weepu and Andy Ellis, as well as staying consistent with his performance, it’s a testament to the player’s skill and determination.

The highest-capped scrumhalf in rugby Test history is George Gregan, who played 139 Tests for the Wallabies during his career between 1994 and 2007. Joost van Der Westhuizen is a closes second for the Springboks, holding a scrumhalf Test record of 89 caps.

The upcoming game will also be marked as a milestone for Sam Whitelock and Brodie Retallick, who will set the new All Blacks starting lock partnership record as part of their 5th Test Together. All Blacks coach Steven Hanson extended his congratulations to Aaron, Sam, and Brodie on their achievements.