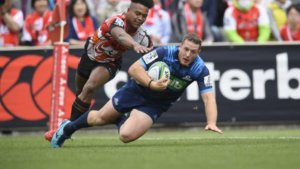 Four new caps have been named for the Maori All Blacks side, and have set their sights on their upcoming game against Fiji as part of a two match series that will be taking place in both Suva and Rotorua later in July. Chief’s hooker Nathan Harris, Chiefs midfielder Alex Nankivell, Hurricans first five Fletcher Smith, and Highlanders wing Jordan Hyland have all been included in the side for the very first time, while there is still a lot of experience throughout the team to see them through.

While the All Blacks contenders most likely won’t be involved in the Rugby Championships, the Maori All Blacks will provide them with the chance to keep pushing for a national selection should any of the current players on Steve Hansen’s squad succumb to injury during their next few games. Clayton McMillan, head coach, has said that one prop will most likely be added to the side before the squad leaves to participate in their game against Fiji.

The series will start with a build up to a global event for the 38-man squad, which will see players such as Olympic gold medallist Leon Nakarawa, new Melbourne Rebels halfback Frank Lomani, and midfielders Josua Tuisova of Toulon and Semi Radradra of Bordeaux. Following the completion of their two match series, Fiji is expected to enter the Pacific Nations Cup, where they will be taking on Japan, Samoa, and Canada, before they face Tonga at Eden Park, which will take place in Auckland.