All Blacks Props Named For Comebacks 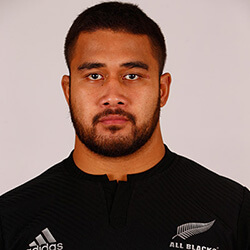 All Blacks props Nepo Laulala and Joe moody will be making their return to the team after long absences due to injury. The two will be returning as Canterbury faces Counties Manukau in a Mitr 10 Cup premiership game. Both players are coming off of the bench at the same time, with Moody playing for Canterbury, while Laulala for the Steelers.

Moody has had a difficult season, and has been plagued with numerous injuries, which initially began with him undergoing rehabilitation from a shoulder injury. Once he returned to his club, he suffered a server finger injury, which was soon followed by damage to his knee. He then broke his thumb while playing for the All Blacks during their 40-12 victory over the Wallabies in the Bledisloe Cup. He has also been benched for two games during Super Rugby as part of a suspension.

The 30-year-old will be returning to play his first provisional game since 2015, and has said that he’s excited to be putting his boots back on.

Laulala has been recovering over the last seven months from a broken arm that he sustained during a Chiefs’ Super Rugby game against the Blues. The 13-test player was originally taken off the team for 8-12 weeks, but a series of complications forced his recovery time to increase dramatically.

If both props return to form and sustain no further injuries, they will most likely be included in the All Blacks 51-man side for the Northern Hemisphere tour.