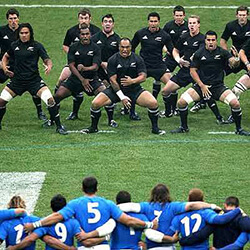 All Blacks coach Steve Hansen has relayed the final team setup that will be playing against Italy at the Stadio Olimpico. Hansen has made a total of 11 changes to the starting XV that had previously lost to 16-9 against Ireland in Dublin.

Props Ofa Tuungafasi and Nepo Laulala will be combining with hooker Dane Coles in the starting front row, along with props Angus Ta’avaoTa’avao and Karl Tu’inkuafe. Hooker Nathan Harris will be providing front row support off the bench.

Scott Barrett and Patrick Tuipulotu will be handling the second row, with Brodie Retallick back on the bench. Vaea Filila will be starting at No. 6 for the loose forwards, accompanied by Aride Savea and captain Kieran Ried. Dalton Papalil will be providing loose forward cover from the bench.

TJ Perenara will start in place of Aaron Smith in the backline as scrumhalf, while Te Toiroa Tahuriorangi will be on the bench. Beauden Barrett will remain on as flyhalf. Midfielder combo to start will consist of Ngani Laumape and Anton Lienert-Brown, with Waisake Naholo on the left wing, Jordie Barrett on the right, and Damian McKensie as fullback for the back three. Rieko Ioane and Richie Mo’unga will be the other backline substitutes.

In a statement on the official website, Hansen explained that they have an exciting group of players that are all keen to make the most of their upcoming opportunity as they represent their country and team.