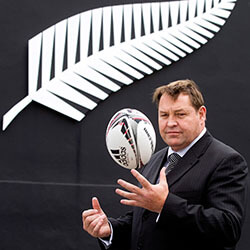 All Blacks coach Steve Hansen has named his team choices for their encounter with the Pumas in Buenos Aires, as part of the test for the Rugby Championship.

Hansen has made a number of changes to the team that recently lost against the Springboks in Wellington earlier in September, and the All Blacks are keen to claim their dominance once again. In the front row, Ofa Tu’ungafasi will be moving to the starting tighthead position, taking over the spot for Owen Franks, while Angus Ta’avao will be taking on his first All Blacks Test debut from the bench.

Shannon Frizell will be playing as blindside flanker and Luke Whitelock at No 8. The squad is set to be captained by 103-Test lock Samuel Whitelock as regular captain, Kieran Read, is currently on rest.

For the backline, TJ Perenara will be starting as scrumhalf for his 50th test for the All Blacks, and Aaron Smith will be taking a seat at the bench. Sonny Bill Williams is making his first return to the All Blacks as inside centre, with Ryan Crotty moving to outside centre. Waisake Naholo is back in the No 14 jersey, and Ben Smith has been moved back to fullback. Anton Lienert-Brown and Anton Mo’unga are on the bench, providing back cover.

Damien McKenzie has returned home for family bereavement and will join his team again when they are set to face South Africa once again next week.