American Investors In Talks To Buy All Blacks 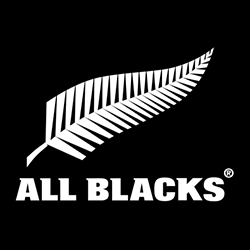 New Zealand Rugby has been given a rather unique opportunity to ensure financial stability for the All-Blacks’ future, selling the team to American investors. This debate is set to commence this week at the New Zealand Rugby annual meeting taking place later this week with 26 provincial unions.

The All Blacks have won the Rugby World Cup on three occasions and were runners up in the 1995 World Cup.

In an attempt to recover from the financial blow brought on by the pandemic, NZR will be looking at selling a 12.5 percent stake of the All-Blacks commercial value to Silver Lake Partners for $279 million. Should this sale take place, it will be the first time in over 115 years that the All Blacks is not fully owned by New Zealand.

Silver Lake Partners focuses on technology investments, with holdings in Twitter, Dell Technologies, and Airbnb. It currently also holds a stake in City Football Group, the owners of Manchester City.

To try and get the support and backing needed for the sale to become a reality, NZR has taken on a nationwide roadshow to sell the deal to provincial leaders. Many players have pushed back against this, voicing concerns about the preservation of traditional and cultural symbols such as the haka – it is not for sale.

It has also been mentioned that Silver Lake will push for high value overseas matches in a bid to increase the value of their investment. This will assist the All Blacks in growing their fan base will increasing revenue streams – something that will be quite beneficial for the cash-strapped NZR.