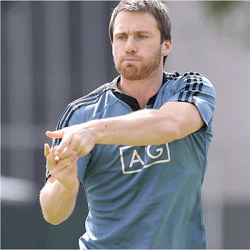 If Europe Calls, Ben Smith Would be Crazy Not to Go

Ben Smith should take the money and run: the 30-year old New Zealand players sees his contract with New Zealand expire next year, and would be insane to turn down a big contract overseas. He could turn that opportunity into one last chance to take a little extra care of his body, and add a significant boost to his bank account while enjoying all the perks of life that the continent is able to offer at the same time.

There are no guarantees for the World Cup, coming round again in 2019, particularly not at Smith’s age, and, when you consider how punishing the schedule for rugby players is, this is more than understandable.

Steven Hansen gave Ben Smith the best possible guide when commenting on the conditions as the All Blacks lumbered through 2016’s final Test against France, and, while Hansen may not have intended it as a reference to All Blacks players considering contracts overseas, it could certainly be interpreted as such.

Hansen has been reported as saying that the All Blacks effectively traversed the globe twice; playing a total of seven Test matches away from home. He went on to state that the time changes, nine in total, definitely have an effect on players physically, and it is obvious that this would have further long-term effects along down the line.

Long-Standing Effects of Play Affecting Players around the World

There has been growing concern amongst rugby players worldwide about how draining the very long seasons are, and, when this is coupled with the absence of satisfactory recovery time, the frightening, lasting effects on players’ bodies and minds becomes evident. Naturally the very best rugby players, who also participate in test football matches, feel the effects most of all.

While the club seasons in Europe are also lengthy and packed full of play, Ben Smith, upon acceptance of an offer overseas, would be able to take advantage of proper breaks between the seasons.

It is highly unlikely that anyone would begrudge a player of Ben Smith’s standing a move of the kind described here, as he has given his all to New Zealand, and given it over a very long period of time. Taking care of himself, and his future, should be his first priority, and if doing so requires a move overseas then so be it.