All the Best 2016 Rugby Action 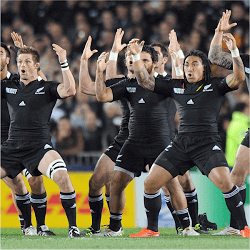 There can’t be a single New Zealand supporter unhappy with the All Blacks at the moment. Fans who back their loyalty with a wager on the rugby union action must be even happier, although they can’t be getting great odds. The reigning RWC champions are riding high as undisputed kings of the sport, even though an 18-game winning streak came to an end with fireworks on November 5.

This year alone, the New Zealand team has rewarded punters for their faith in the side with three thumping wins against Wales, three thrashings of Australia to retain the Bledisloe Cup, annihilations of Argentina and South Africa twice each, and a 68-10 drubbing of Italy.

The 29-40 Guy Fawkes Day loss to Ireland was the only dark spot on a flawless year, and even that was a match that kept punters on the edge of their seats for 80 minutes. Ireland were magnificent, and the kudos of ending the All Blacks’ run of 18 consecutive wins helped take the sting out of New Zealand’s revenge, delivered in an emphatic 21-9 win two weeks later.

Fans wouldn’t have been quite as comfortable placing patriotic bets on the national rugby league side. The Kiwis were totally outclassed by Australia in the 2016 Four Nations tournament held in England, and only managed to secure the runner-up spot by beating England.

The regional rugby league competitions also draw a lot of attention in New Zeaand, and this year all eyes were on the National Competition in its new format. The Akarana Falcons took the title convincingly, beating round-robin table leaders the Counties Manukau Stingrays 32-12 in the final.

We also saw outstanding rugby from New Zealand teams throughout the 2016 Super Rugby competition. The Otago Highlanders, Waikato Chiefs and Wellington Hurricanes came out on top, with the Golden Lions the only non-New Zealand team to make the semis. The South African side beat the Highlanders 42-30 to make the final against the Hurricanes, but the Wellington team blew them away 20-3, to put another Super Rugby title in New Zealand’s trophy case.

With Super Rugby 2017 set to kick off again in February, New Zealand supporters and punters can look forward to another spectacular year of rugby action ahead.