All Blacks to Rake In Big Bucks 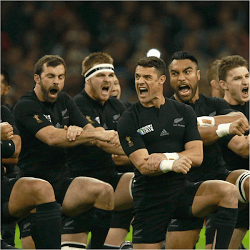 All Blacks Rugby Team Get a Pay Packet Boost

New Zealand rugby player Kieran Read is likely set to become the first-ever All Black rugby player to earn over $1 million per season. This is thanks to the fact that New Zealand Rugby has decided to offer players a major boost in their salaries, under the strictures of a collective agreement with its New Zealand Rugby Players’ Association. Read is set to end his contract next year, and is so poised to make a new deal known that will carry him through the 2019 Rugby World Cup that will likely carry him over the $1 million barrier.

This move was detailed on Wednesday, and New Zealand Rugby has agreed to raise its pool for player payment by a $70 million –which will increase this from $120 million to $190 million over the course of the next three years.

Player Payment Boost a Result in Increase in Revenue

The player payment boost agreed to on Wednesday acknowledges the augmentation in both broadcast revenue and sponsorship that New Zealand rugby has enjoyed, with this taking in an approximate $40 million bonus from 2017’s British and Irish Lions Tour, and it has been put in place in order to safeguard players from raids by clubs based overseas.

Richie McCaw, former captain, and celebrity flyhalf Dan Carter are estimated to have earned far more than $1 million from salaries and endorsements, but Kieran Read’s $1 million would be just his salary, and would not include any income he may be able to secure from other activities.

Many different players will see the benefit of this boost, as NZR has now set $24.8 million aside for player salary top-ups, with these including salaries for provincial contracts and Super Rugby, and reflects a raise of $8.9 million on the former collective. Player revenue-sharing totals around 36.5% of New Zealand Rugby’s income when one factors in sponsorship and broadcasting.

Chris Lendrum, contracts manager, has stated that everyone is pleased to find themselves in a position in which the game’s overall revenue has grown as much as it has. He went on to state that the collective’s aim was to deliver the players their share of this revenue, because they were so instrumental in its being earned and deciding what the most efficient expenditure of it would entail.

Brodie Retalick, lock, and Julian Savea, winger, are considered to be in the group of front-rank earners in the current All Black team, with each making around $800 000 each year. Wealthy overseas clubs continue to pursue the top All Blacks players, however, and this is one of the main factors that have prompted the raise as New Zealand tries to repel these.