Bring Back the North Vs South Island Derby Says Whitelock 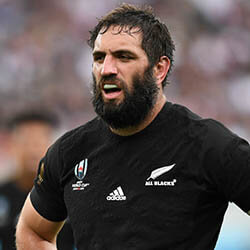 Sam Whitelock, the 31-year old, 6.6” All Blacks lock has raised the possibility of reintroducing the historic New Zealand North Island versus South Island Derby if the 2020 Test schedule gets cancelled.

Whitelock says he’s been chatting to New Zealand Rugby, the Players’ Association, and senior members of the Super Rugby team about restarting this old fixture when the novel coronavirus COVID-19 pandemic restrictions relax. But he said that right now there are numerous variables to consider, including the ban on international travel.

This veto looks likely to prevent the All Blacks from playing home Tests against Scotland and Wales in July and the Rugby Championship may get cancelled as well. Whitelock explained that this is why the discussion around bringing back the North Island vs South Island Derby came up in the first place.

Whitelock said that he’s never taken part in one of these games but has heard incredible stories about how it used to be the grudge match of the year and that he would love to get involved.

The fixture was first played in 1897 and was not just one of the most anticipated matches on the NZ Rugby calendar but one of the most bitterly contested too. The bad blood has died down in recent times, however, and it’s only been played twice since 1985.