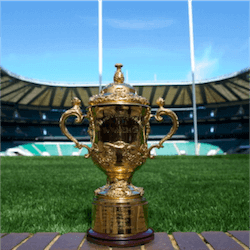 New Zealand rugby forwards Kevin Proctor and Jesse Bromwich have been axed from the Rugby League World cup after being caught up in one of Rugby’s biggest drug scandals to date. The pair were allegedly filmed on CCTV purchasing and snorting cocaine in Canberra following New Zealand’s 30-12 Loss to Australia in the Anzac test. The fallout from their actions were swift and dire.

Bromwich immediately captaincy and accepted a two-match suspension from his NRL club, the Melbourne Storm. He has been ordered to undergo counselling and treatment to boot. Meanwhile Kevin Proctor also relinquished his role as co-captain for the Gold Coast Titans. In a statement released by the Melbourne Storm Bromwich said that he wanted to apologise to his family, his team and to New Zealand Rugby League. He went to say that he regrets making the choice to stay out late and consume excessive amount of alcohol. Bromwich says he takes full responsibility for his actions.

While the removal of captaincy was a given for the pair, now it seems the two face an even more harsh punishment with New Zealand Rugby League announcing that neither player would be selected for the World Cup later this year.

A Message to All New Zealand Players

Kiwis coach David Kidwell said that he made the decision with the backing of NZRL. He decided that both Jesse Bromwich and Kevin Proctor would not be considered for the World Cup campaign. Kidwell went on to explain that New Zealand Rugby has values to uphold and that the two players broke the trust of their teammates and their country. Chief Executive for NZRL, Alex Hayton said that New Zealand Rugby League are fully behind the decision and back Kidwell 100 percent.

Both Proctor and Bromwich were extremely remorseful when they were informed about the decision. However, they did understand the why it had to be done and accepted the decision. According to Kidwell, the severity of the punishment is a clear message to all the other New Zealand Players. In a statement Kidwell said that he is trying to build a reputation of integrity for the New Zealand Jersey. He expects every player to uphold the values brought forward.

Starting in October this year, New Zealand face off against Scotland, Tonga and Samoa in the pool stages of the World Cup.